Apple’s founder and CEO, steve jobs officially announced the IPhone 4G few minutes back at WWDC. The new features havent created much surprise to the IPhone users but still they are not bad. Steve is yet to update the price details of IPhone 4G, and here are the specifications. The IPhone 4g is powered with the iOS 4 which is also available for 3g apple devices with certain limitations. iOS comes totally as a Free upgrade for 3g device users. 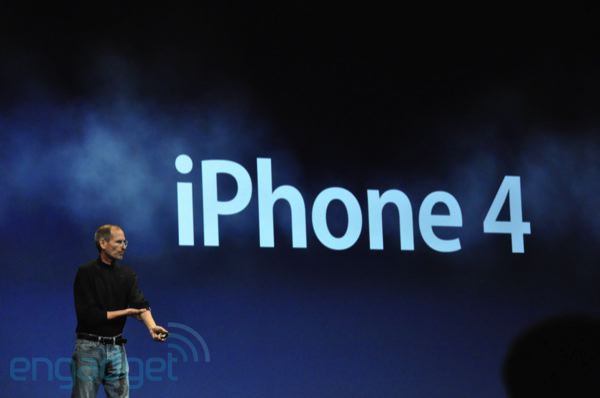 Words from Steve about Apple:

“I put up this slide a little earlier this year. It represents what Apple is all about. We’re not just a tech company. Apple is more than that. It’s tech and humanity. It’s the hardware and the software working together. It’s not just a great new camera system, it’s the editing too, it’s not just a front-facing camera, it’s that plus 18 months of work on the software side. It’s the complete solution, so all of us don’t have to be system integrators.”

Pre Orders starts June 15th, initially its available in the following 5 countries. United States, France, Germany, United Kingdom, and Japan. It will be made available in 18 more countries in july.