Home Apple What is Mac Hackstore ?

We all know about App Store, a service from Apple to download the necessary applications from Apple and other third party developers. We have a separate App Store for iOS devices and a separate one for Mac OS X. Also there is an unofficial app store available for both the platforms. The unofficial App store for iOS is called Installous and one for the Mac is called Hack Store.

Mac Hackstore is a place to download certain applications and software which are not available in Apple’s official Mac App Store. In Cydia they will give you pirated apps also you can do a lot of tweaks in your device. But Hackstore is entirely different from that. It has only the genuine software and applications. The hackstore was developed by a Andrey Fedotov, a Russian Hacker turned into a programmer. He moved from Russia to United States and started developing Hackstore by last year December. After six months of hard work, he launched hackster in the mid of April, 2012.

Similar to App Store users can rate the applications and it is displayed on the app’s home page. When user clicks on the application he will see the description, screenshots, rating and review. So that you can completely understand the purpose of the application. 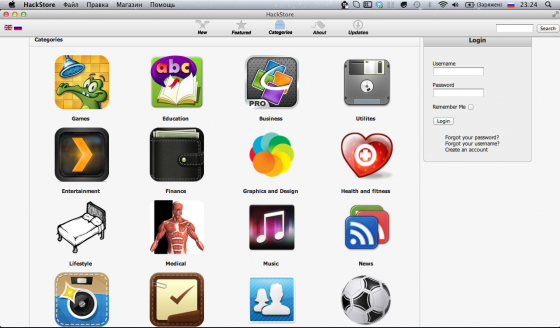 These are the features and purpose of the Hackstore for Mac users. Try the hackstore apps and tweaks in your Mac and share your experience with us in the comment box. Happy Tweaking.