Today Apple has launched its all new iPod Touch a long awaited musical device by Apple users. Ofcourse, its a great disappointment for many Apple iPod 3G users who bought one recently. There is no info regarding the price of the Apple iPod Touch new model so far. The all new iPod Touch simply added with 2 cameras (front and back) to enable Video calling (over wifi) and HD Video Recording. Both the features are available in the latest iPhone 4 along with the Retina Display. Which is said to be one of the clear cut display to enjoy high clarity texts and images. 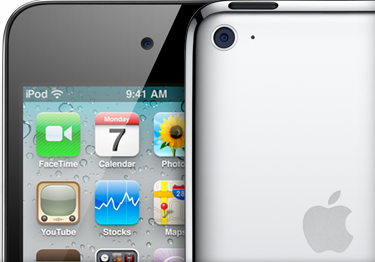 The apple application facetime which is available in apple store, now added with the new iPod Touch. Login with your apple user id and password to make a video calling from and to iPhone 4 and iPod Touch (new) devices.

Take “LOL” to the next level and actually see friends laughing. Or bring “XOXO” to life when you blow someone a kiss from miles away. FaceTime on iPod touch makes it possible. FaceTime works right out of the box just enter your Apple ID and email address. Or create a new email account just for FaceTime. Using FaceTime is as easy as it gets. Say you want to start a video call with your best friend over Wi-Fi. Just tap the FaceTime app and find her entry to start the call. An invitation pops up on her iPod touch or iPhone 4 screen asking if she wants to join you. When she accepts, FaceTime begins. It’s all perfectly seamless. And it works in both portrait and landscape. See how much fun you can have.

Behind the screen of iPod touch, there’s some serious technology going on. By developing pixels a mere 78 micrometers wide, Apple engineers were able to pack four times the number of pixels into the same size screen found on earlier iPod touch models. This many pixels packed this close together — 326 per inch — make graphics and text look smooth and continuous at any size. Prepare to be glued to the screen. 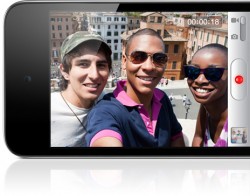 iPod touch and its built-in HD video camera go with you everywhere, you’re always ready to record when the moment strikes. And now you can do it in stunning high definition. An advanced backside illumination sensor delivers brilliant video in both bright and low-light settings. And when you’re done shooting, you can edit and share your movie in just a few taps. With iPod touch, you’re the only film crew you need. 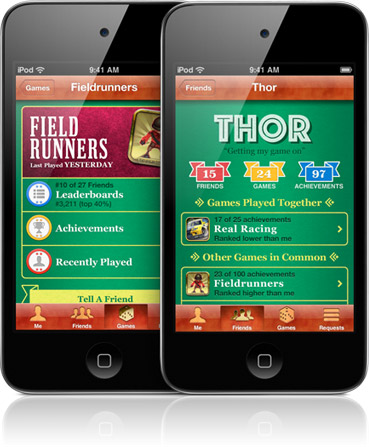 Game Center is a new app that lets friends, and soon-to-be-friends, in on all the action. Invite someone to join, then get a game going. Or choose to automatically go up against people you don’t know from anywhere around the world in a multi player game. It’s your world. Everyone else is just playing in it.

What is your view about the new iPod touch as an existing iPod Touch user ? if this is your first time to hear about iPod Touch, will you go for one ? Leave a comment below.