At 16, christian owens becomes a millionaire through his website. Many online money makers are inspired of Christian Owens who actually inspired on Steve Jobs, CEO – Apple Inc.,  I figured out the apple design in his websites and can see he is a big fan of Apple Products, where the layout and features of his web application is very user friendly and feels great to use.

He is an entrepreneur, made 1 million dollars today through his website. Christian owens actually running a website Mac Bundle Box, which helped him to make 700,000 pounds since its launch in 2008. Mac Bundle Box basically delivers mac software products at a very low price to its users, also 10% from the revenue directed to charity. 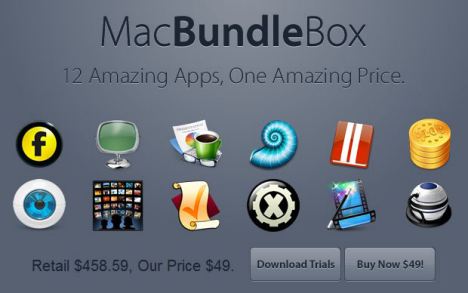 He launched advertising pay-per-click company Branchr a year later and worked on the company after school and at weekends. Branchr was a smash hit with internet sites, made a staggering £500,000 in its first year and now counts betting site William Hill and social networking site MySpace as devoted clients. Christian, from Corby, Northants., currently employs eight adult workers around the UK and America as sales and technical assistants and plans to open two Branchr offices in the next year.

The youngster, who lives with his parents, company secretary Alison, 43 and factory worker dad Julian, 50, was inspired to go into business after watching Apple CEO Steve Jobs storm to success. He invests the majority of his earnings back into his businesses and is determined to make £100 million with Branchr in the future.

He said: ‘I really wanted to create something groundbreaking and simple, that would revolutionize the way advertising works.

There is no doubt, he will revolutionize the internet market in near future. My hearty wishes to him to reach his goal soon.

‘Mac Box Bundle was already becoming a success but I really wanted to push myself and do something different, so I came up with the idea of Branchr. ‘I think everyone has business sense in them, they just need to gain experience and be determined to make it. ‘My friends and I don’t really talk about my success, to them I’m just a normal teenager and it doesn’t change anything between us. ‘There is no magical formula to business, it takes hard work, determination and the drive to do something great.

He also added, ‘My aim is to become a leading name in the world of internet and mobile advertising and push myself right to the top of the game.

I am sure the new millionaire made you to inspire a lot and positively he gives us the clear light of possibilities to make money online in shorter time with proper time investments. Internet has become an essential one everywhere, so people who create web applications to simplify the process of end users really rocks in the internet space.