The Galaxy series proves to be a big family and the next one from Samsung is the Sasung M220L Galaxy Neo. The Galaxy Neo was announced in South Korea last week and remember this one is only for the Koreans. Its specifications and design almost resembles the Samsung Galaxy Ace, also there’s a korean match – Samsung Galaxy Mini S. 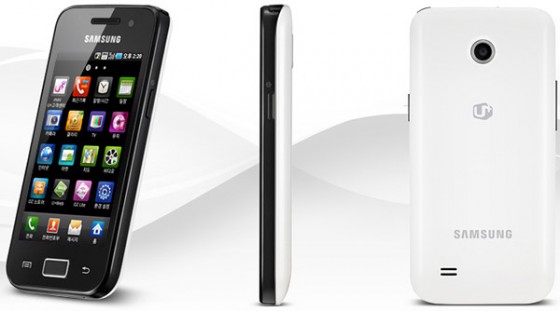 Sasung M220L Galaxy Neo doesn’t comes with a power packed specifications, to say its an average one. Many the features such as 3MP camera (absolutely not enough to compete with the upcoming smartphones), degrades the phone’s worth. The T-DMB TV tuner card is a welcome and rare one that can’t be found in all the smartphones that are being launched in recent days. The Bluetooth is upgraded to v3.0, that really sounds better. A secondary camera is provided, but the auto-focus functionality of the main camera has been removed.

The Battery performance can be expected to be a better one as it comes with a Standard Li-Ion 1500 mAh battery, and this will provide you with 310 h stand-by time and talk time up to 6 h 30 min. Two flavors of colors are available to choose from, Chic White and a Noble Black. From its specifications this seems to be a cost effective model, so should cost less than the previous Galaxy’s.

The Sasung M220L Galaxy Neo doesn’t make any bigger changes, almost the same smartphones what we come up in recent days, but is expected to be the better choice for the Korean Mobiles.