Sure we’ve heard of Running Android inside VMWare on PCs, but how about doing the reverse? Sounds crazy? Not really, it has been made possible.

Why Virtualization on your Smartphone

Most professionals carry two cellphones  one cell phone for work and another for personal use. However, if there exists a Phone capable of securely switching between home and work identities, and in a way your IT manager will approve of, you won’t need two. 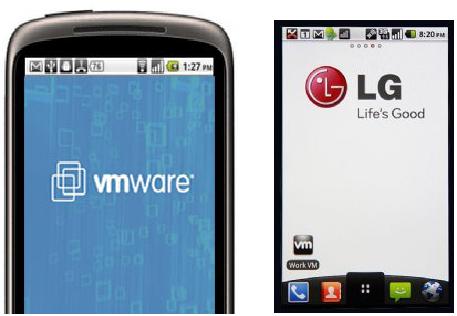 How Virtualization is Possible on Android Phones

Smartphones today are powerful enough to multitask apps in background, without any impact on the performance. Vmware had been working to make this possible on current gen 1Ghz ARM processors. In the near future, we would start seeing Nvidia Tegra2 based Dual core CPUs, and everything would seem better.

LG is bringing this to practice by tying up with VMWare. VMWare runs as an application on top of the phone’s Google Android OS, and is called Mobile Virtualization Platform (MVP). Users will simply tap a VMWare icon on the phone’s touchscreen and the phone will instantly switch identities–and phone numbers. On this dualSIM phone, the second identity will be one entirely managed by the corporate IT department, letting them ensure security and compliance regulations are adhered to.

The virtualized Guest will have its own set of apps and contacts, and the IT department will have the power to shut down the work account should the employee lose the phone.

The point to note here is that the concept had been cooking up since a long time. VMWare announced its Mobile Virtualization Platform more that two years ago and demoed it. 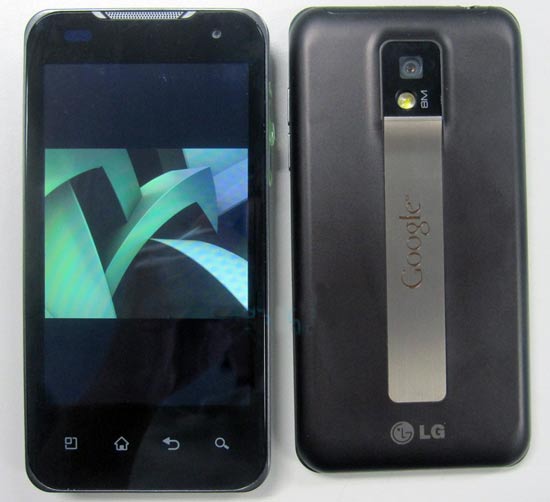 Most cell phones use ARM-designed chips, and the company’s latest effort in the form of the Cortex-A15 includes not only improved performance but also virtualization extensions that could dramatically improve virtualization performance.

The two operating systems are able run on the same phone simultaneously, and are entirely separate from each other. The virtualization would be 100% pure neither of the OS would be aware of the other one, however, second OS is likely to be modified in various ways to boost performance in a virtualized environment.

LG would be betting on Android for the host and guest. (Of course Apple, Microsoft, RIM will never license their OS to run in VM.) The host would be a stripped down version of Android that is optimized for performance.

When this gonna happen ?

Good question. Soon, very soon.  LG would be announcing this Phone in early in 2011. The phone model is unknown, but we suspect it could be LG Optimus with Tegra2. Few companies have already shown interest in LG’s idea, but there are some questions that are to be answered: Who will buy it – Consumer or Employers?

Whatever the case be, its actually interesting to see how smartphones could phase out PCs. If its not now, it might happen when we see Quad cores on phones.

VMware and LG’s demoed the the Virtualized OS at MWC 2011 and we must admit that its pretty slick. The speed of the transition from the owner’s OS to the virtualized OS is nothing short of amazing considering it is all running from the device’s SD card. VMware has started with Android and LG, but there’s apparently nothing holding them back from offering this on any smartphone platform — and honestly, we can’t wait to see more.