Google Plus emerged as a big one in the tinsel town and thereby it got a raving clause of address too. On a sudden there was a big number of Support came through, for Google plus where it got a huge strength of 40 million users in a short span of time and that too when it was beta version. Initially many showed interest towards having an account on Google Plus and slowly they started losing interest on it. Facebook the Rockstar still shining with users who cannot kill the addiction of using it.

“Google Plus should have given some more time to launch a beta with some interesting additions to it.”

The Developer Preview of Google+ got many bloggers and webmasters initially and general computer users who got access, were not aware of exploring Google plus and things they can gain on it. One must clearly understand the fact of adding some famous technology evangelists and personalities to their circles and then start experiencing the real flavor of Google plus. 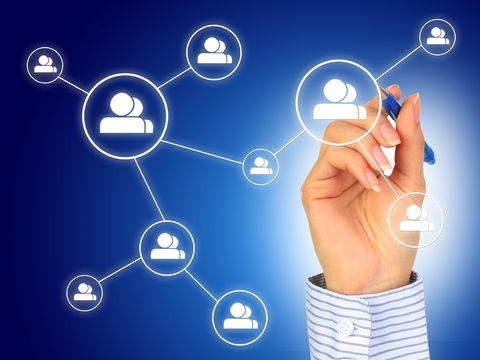 Let us list down the order in a fashion like categorized terms so that it will be good enough for you to customize new circles and move on with the updates of these icons. The list may start flowing like Google, Bloggers, Founder’s, Technology and Media.  And this list is purely not based on the number of followers and people on their circle and this is to suggest stardom and interesting updates on their stream.

Lets start the list with two great profiles who are the back bone of Google Plus project. Google’s one of the successful and Prestigious project to make their own space inside social media. While speaking about Google Plus one should not forget Google and the founders of Google.

Lawrence Larry Page is an American Born Computer scientist and an internet entrepreneur. He along with Sergey Bin Co-Founded an internet search, cloud computing and advertising technologies called Google. Right now Larry Page is the Chief Executive Officer of Google from 4th April, 2011. Add him to your circle and enjoy the updates on his stream for a long run. (Larry Page)

If Larry is the soul for Google then Sergey added blood and bones for it. The likely interest in both of these Computer scientists brought us the biggest ever search engine which at one stage all the future would say Internet is nothing but Google. Sergey is and interesting profile to add on your circle and start following him. (Sergey Brin)

The entire world which does think about a community that write through words and keep the world alive with their contents. Bloggers- the group which keeps tech information and support live through the web and there by supporting the major content flow around it.

A well known name among bloggers around the world and magical inspiration among all the blogging communities. Started blogging at very young age and started Mashable at the age of 19. He’s one of the most followed person in twitter and also rated as the powerful n’ influential Briton. (Pete Cashmore)

Robert Scoble is a well known name on the Silicon valley glitterati which is because of his close contacts and influence over that group of developers. Scoble also writes part time for Scobleizer.com as a free lancing. Robert maintains very good profile in Google plus where he updates frequent and there by carrying a big number of tech evangelists on his page. (Robert Scoble)

He is a social media blogger and a speaker who is keen on working about small business consultancy and developing firms. He recently got converted as a Shambala Buddhist. Brogan is a free lancer and a part time blogger who writes on his website chrisbrogan.com . (Chris Brogan)

Adding a different flavor in blogging is nothing big other than video blogging. Gary is an expert in that and he’s very well comfort in presenting a video blog which speaks more than words does. He works as a reporter on Wine library TV and also does some magical touch on blogging. Gary’s is an interesting person to add on your circle. (Gary Vaynerchuk)

A guy who changed the entire way of sharing by means of social media is none other than Mark Zuckerberg and his work Facebook. Right now more than 750 million users are in Facebook on which the graph is still growing steadily. It is a big surprise to everyone to see Mark Zuckerberg having an account on Google plus and shockingly he’s the top ranker with most number of followers in it. (Mark Zuckerberg)

Kevin Rose is an Internet Entrepreneur from America who co founded Digg, a sort of social bookmarking which helps is voting the posts with digging and burying thereby taking the view and quality content for the articles through web and social media’s. Rose also have some other faces like Television host and a show presenter. (Kevin Rose)

He is a Social Entrepreneur, Passionate learner, conference lover and mainly the founder and CEO of Idealabs. He uses Googleplus for sharing everything he found useful and threw some insightful commentary on science and technology. Bill Gross is a great guy to follow there by on can get some periodical knowledge and technical ideas from his stream. (Bill Gross)

Everything is possible when it comes to technology. Initially it would have started normal as is this possible but once after things started working well anything and everything is possible. It all started from Newton’s apple and its rocking right now till Steve’s Apple. A lot more there to explore in technology as it is bigger than the world. Lets start searching for a nugget of it.

A technology geek and a senior executive at Google which are the two best things and the extreme abilities on can consider to follow Marissa. To be more clear she’s very active on Google plus and there by updating her stream regular with some unique and interesting tips for computing and lot more. (Marissa Mayer)

Jarvis is a technology journalist, Professor, writer and a tech blogger.  He employment structure extends as a part of following companies like Chicago Today, Chicago tribute, People Magazine, New York Daily News, Advance Publications, Entertainment Weekly and right now at CUNY Graduate School of Journalism. He’s an expert in .NET on which he made a book on Advance .NET also he writes on his blog buzzmachine.com (Jeff Jarvis)

Natalie is an independent person who is completely free to share and guide people in Google plus. By profession is she’s a Community manager  Google plus Project. She’s also the Lead of Google American Indian Network which is simply called as GAIN. Natalie is there to post latest features on Google plus also to support thereby for starting up on Social network. (Natalie Villalobos)

He’s the founder of Alltop, an author, and more than everything he’s the former Chief Evangelist of Apple. Being such a great personality he’s is one of the early adopter into social media. Right now in Google plus he writes 10-20 posts and share those on his stream which are mostly unique. (Guy Kawasaki)

Kelly Ellis is a software programmer and a one of the developer among Google plus. She’s an active Google plus user who keeps updating her stream with some quality posts and product updates from Google. She also support newbie’s inside Google plus to explore Social media. (Kelly Ellis)

The world will never rotate without this single node. Keeping the events around the world and taking those to each and every corner of it lies in the hands of media. To control and conquer the extremities lies on golden hands of Media. It always carries a major part in determining a country’s politics to a civilians food source. Media person’s have started showing their interest towards social media which is rich and instant more over a very speed spreading medium in recent trend.

Arianna is a self made women who is an independent journalist also president and Editor in Chief of Huffington Post Media group. She uses Google plus partly in which she loves sharing her views on politics and technology along with fellow users. You can follow Arianna and there by make some interesting posts and articles out of those nuggets. (Arianna Huffington)

Anthony is a Social media editor at Reuters. He’s well know for his creativity on breaking news and technology into an excellent extract of a large content. Inside Reuters he guides journalists and editors to learn and monitor news around the world, report them and then lead them creatively. (Anthony De Rosa)

He’s not purely  a media guy but he have a greater influence and opportunities inside media. Patterson is a broadcast journalist and technologist. Dan Patterson is a multi-talented guy who has his profile over the fields like Podcasting, social media and Radio channels. He also loves to discuss media, politics, and technology inside Google Plus. (Dan Patterson)

Zach Seward is the Founder of The Wall Street Journal where he works for the news built for social media in accordance to the daily top shared and tweeted posts and articles. Also Zach is keen on teaching digital journalism on Niemann Journalism Lab. It includes following sections like media industry, investment fraud, covered education, and other topics on Journalism. (Zach Seward)

Started as a free lancing journalist and then emerged as a game reviewer, columnist and then a media person. Though his travel is quite long as compared to other he got the bulls eye at last. He runs PBS MeidaShift and Idealabs which are he own made ventures on society. Mark in assistance to all these works also shows interest in globalization for a while. (Mark Glaser)

Cory is an journalist and he works for Breakingnews. He also writes in the official website breakingnews.com which he does as a partly interest on blogging. Majorly Cory’s work in Breakingnews 24/7 is to track the most sensitive news around the globe and to track the inevitable eyewitnesses on social media. (Cory Bergman)

Thanks for reading the article and we are glad to hear some more interesting personalities which you were currently following and that we have missed on this list. Please drop your comments below and dont forget to share this post if you like to tell a word about this article to your friends and followers in Facebook, Twitter and Google+.