There were rumors across the web that facebook is currently working on building its all new facebook phone. Even many blogs have released the screenshots of facebook phone leaked to make the statement to be solid. However facebook have denied this statement and the denial confirmation got updated in mashable (one of the top blog in blogosphere) few hours ago. 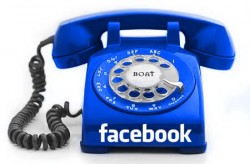 In india, there are so much new mobile brands in 2 years. Its all because of the statistics that shows the constant growth in mobile purchases by people across the world and its not just the case in india. So many phones that starts with 1500 rupees (30$) started to focus much on social networking features.

Facebook in its note to Mashable clearly quoted, that it has no plans of building a facebook phone in near future. And currently facebook developers team fully focuses on HTML 5.

“everything from an HTML5 version of the site to apps on major platforms to full Connect support with SDKs to deeper integrations with some manufacturers.“