Twitter has less number of crowd compare to social networking tool facebook but its huge when we search for a micro blogging tool. After exploring “what is twitter ?“, i started to fall in love with this 140 characters smart texting tool. Yes, even you will, if you have no idea about Twitter and never liked its interface or felt like, can’t understand what twitter is ? I will start with a short introduction about twitter and will explain about twitter hashtag more to suite the title.

Not just that, understanding twitter hashtags will also help you more when you like to search for any specific title, topic, best software, best shops, discount coupons, giveaways and so on.

In short, Twitter is a micro blogging tool that allows you to build a social profile with “Followers”,”Following” as the base concept. People who like to get your tweets displayed on their Twitter Timeline can click on “Follow“. Your friend will also do the same to receive your twitter updates. Its a 140 characters craziness. Ofcourse, its one of the smartest way to communicate. I generally dont like people who talk much. So here you will find people who talk less and that too within 140 characters 😛 sounds great isnt it ?. 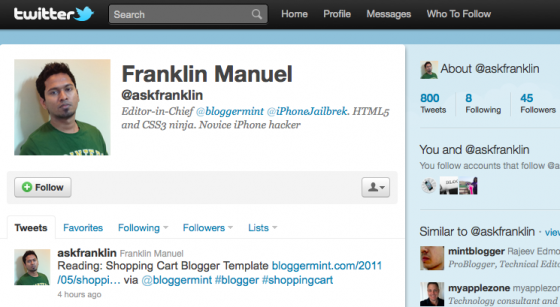 Across twitter you may notice a symbol # prefix to certain words, and that is called Hashtags. We generally use hashtags in twitter to categorize the tweets to make it reach to certain group or interested minds. When you perform a search for the recent tweets in search.twitter.com, twitter performs the search in its database with the hashtag easily. Even for people who like to make their tweet visible in Twitter Search, hashtags makes it simple.

Let me show you what it looks like when i search in twitter with the hashtag “microsoft“. 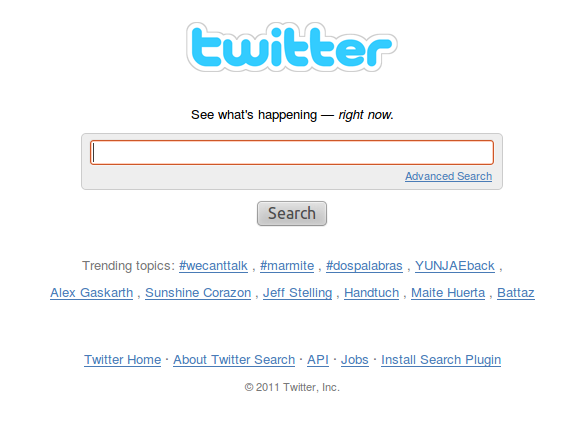 You may notice the Twitter Trending hashtags listed below the search box. That means, so many twitter users are using that hashtag right now to discuss on that specific topic.

Step 2 : In the search box you type the topic which you want to search. It is prefix with # tag and click Search. 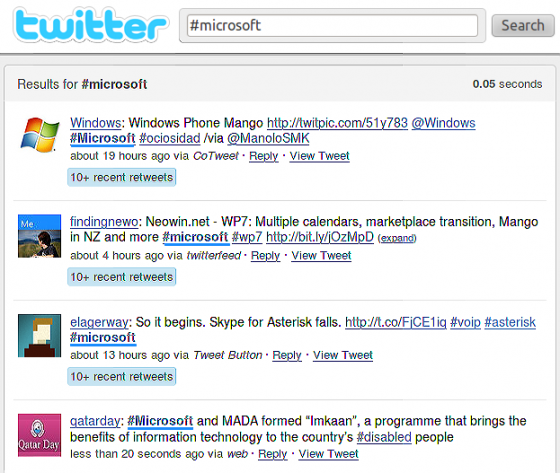 The word you are typing is not case sensitive. If you search without the # tag you’ll find the search results which has the words in tweets and not as a topic.

Lets have a look at the difference between “microsoft” and “#microsoft” results on Twitter Search results. 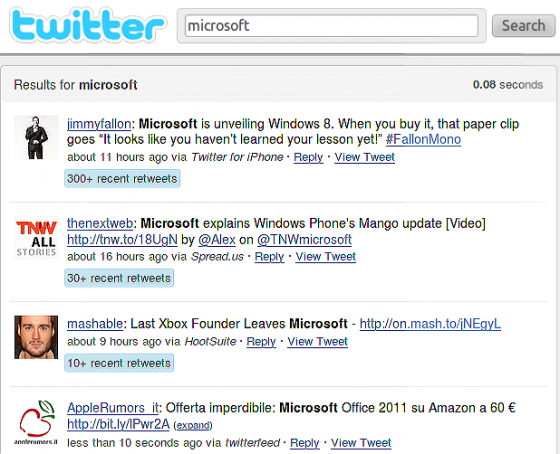 Let me show an example of one such great usage of Twitter Hashtag.

The Hip-Hop music show 106 and Park was discussed in Twitter using the hashtag #NeverThat. 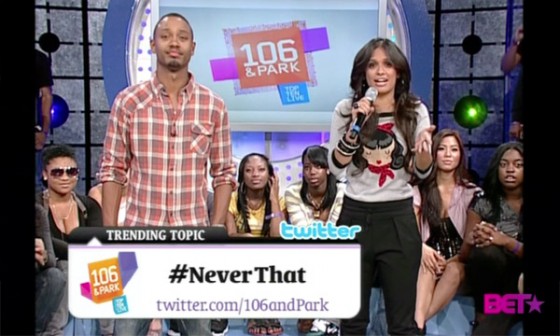 Whow, this is something really huge in numbers. There were 66,000 tweets in total from the time that this show started. This is how the hashtags are used Twitter. 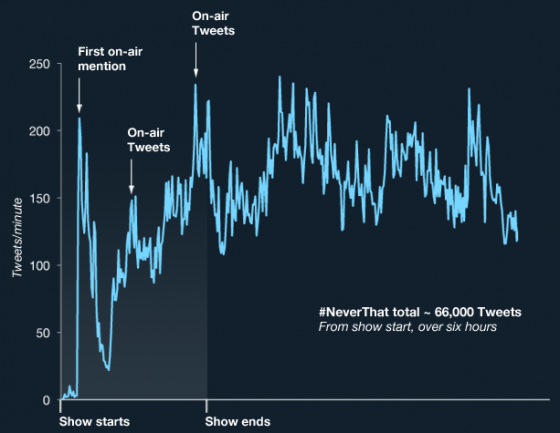 I hope that you like my first “How to” article about Twitter Hashtags. Please do share your views in the comment below, which will help me to understand and write better with my upcoming articles. Thanks for your time.