Google Nexus S, manufactured by Samsung with the new Android 2.3 “Gingerbread” Operating System is almost ready to roll out in the mobile market. This year 2010 is said to be operating system year due to lots of os development and release like never before. Nexus S was designed with direct input from Google Android Team. Like its predecessor Nexus One, it has a clean installation of Android.

Unlike the Nexus One, this Nexus S was not built from scratch. The starting was from Samsung Galaxy S , released earlier this year and google have decided to not sell this phone directly to consumers. The Development team has made it clear that the experiement is over and this phone will hit stores initially at Best Buy in the U.S (on T-Mobile) and Carphone Warehouse in the U.K.

It is significantly faster than the Nexus One, also has a high end AMOLED 400 x 800 Resolution screen that is second only to the iPhone 4 and is NFC-Enabled. All your google apps are just a touch away . Like Google Calendar, Gmail, Google Contacts, Google Documents and so on. 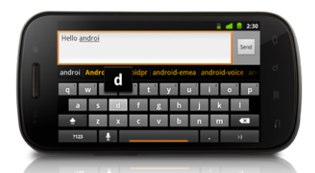 Read more from the official source below.