Google+ has a feature to live video streaming from youtube with Hangout people from the time its launched. Now the developers have added little more to make the Google Plus Hangouts more special to use. This upcoming feature will be rolled out slowly to google+ users to incorporate live video into hangout, so that youtube tools will let you integrate the feature into its Google+ interface as well. 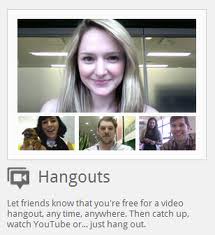 Youtube Live Integration with Google Plus will become famous as anyone can watch live shows with their friends. Now this completes the Google+ hangouts into Youtube Live to double the fun you have during Google+ Hangout. Its almost like a virtual get together to enjoy watching youtube videos via Google+ Hangout.