Microsoft Internet Explorer 9 is open for test drive .This is a news which you all know and microsoft ideas to integrate IE9 in Windows 8 . Let me tell you one of the most amazing feature open for the test drive which is nothing but TweetMap.

Widescreen monitors are usual to be with most of the PC world users , they have created a world map which has a search box through which we can find the location of tweets and thats an amazing graphic icon with the twitter photo keeps on blinking showing the tweet location on the map.The search is made exclusive for the tweets and this is powered by bing search engine. Hope this product of tweet search with the location would be having a bigger appeal once it is realsed with windows 8. You can also try with this test site given for canvas.

Its just an graphical representation on most popular tweets which shows the text with the cloud effect. This is developed using the javascript with the svg elements . We can also search the particular text or website and check which tweet text is popular among the most. I have given the search query as DailyTUT so these are the cloud tweet result . 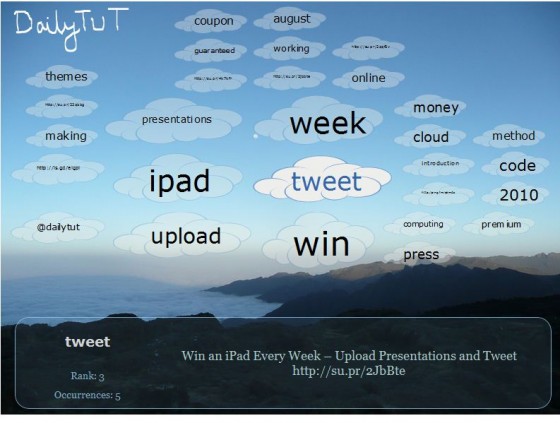 Microsoft also developed a game with the name of space invader which is developed totally on css3 and that game has a UFO model , we need to move the target over the ufo we could hear the sound effects and the graphic effect of blast thats looks pretty crazy but has a length codes on HTML5. This is to show the power of  javascripts and HTML5 this game made with a 3 layer graphics using the background_position Property. I think this article would bring you more interest towards the scripting languages and their power of usage.