Where ever we go and what ever we found it new will drew our attention and obviously be one of our collection. This is very common among everyone and the process will be getting bored after sometime with that particular thing. Even though we couldn’t stop thinking about some classic games played on 90’s in our PC’s with DOS background.

We might have seen those with very simple theme and a long number of stages to go and missions to complete which is just like that the games you played a decade before. It will be lot of fun playing such classic ventures in your Mac and start remembering those memorable days with the games.

A well built lad from Persia who can jump, dive, roll, and leap on a well decorated layers of stand. The mission is to find the missing princess and to defeat the enemies and some hidden traps on the way he moves. This is a side view game of classic 90’s and this got a great response from Mac users. Guards and dungeons will distract you and taunt your progress meanwhile you need to fight with your own image on one stage. A best selection for adventure lovers and acrobatic style in a single game. (Go to Prince of Persia) 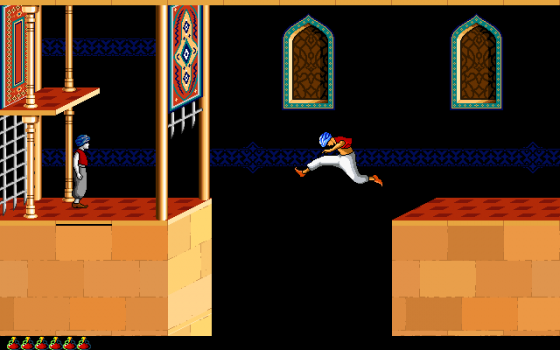 This is an gorgeous black and white game which rocked like anything among the Mac users. During 1986 gamers used this application as the most appealing because of its characters and chiseled backgrounds with chunky color spot made the user more attractive on its later release. The control is like running fast and leaping down some slides and jumping all over to make the way towards Dark Castle. Even though its frustrating to hear its of complete fun those days. (Go to Dark Castle) 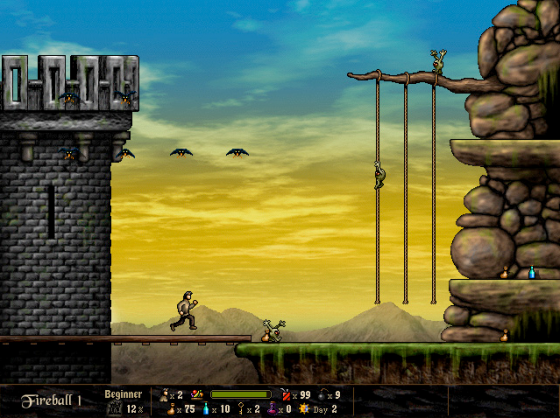 Adventure lovers are more in number than some fast based racing sort of game lovers, but there is an equally number group of strategy game lovers who spend most of the time compared to other two category. Myth is one of the best Strategy fighting game which got a bigger fan base on its release. Its like conquer and commanding the enemy territory with a folk of soldiers in our side and we can also develop more stronger army each time. (Go to Myth) 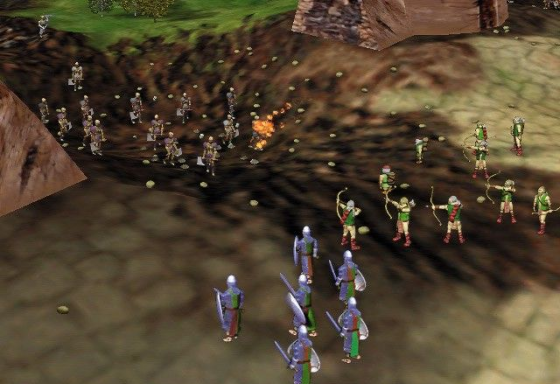 Would you think that  this is been launched with Apple II on 1983. This got a huge response at that time as nobody is been aware about how a digital game would be and then tried to move on with it often. Lode Runner is like having simple side level mazes and to escape from those of enemies hands by drilling holes and through some default ladders. It is also a complex strategy plus action game with there by drilling some holes and smashing the enemies on the successive floor. (Go to Lode Runner) 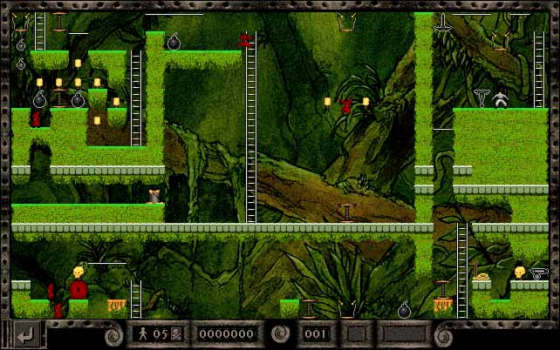 Its a perfect shooting game which is the first release of its kind and it made its debut as a well planned and a big outcome. Future cop is like traveling slowly on a walking machine and you can jump or dispatch from it and start your combo action to eliminate villains. You will be shooting down their forces marching towards your head quarters and also defend the assets . (Go to Future Cop) 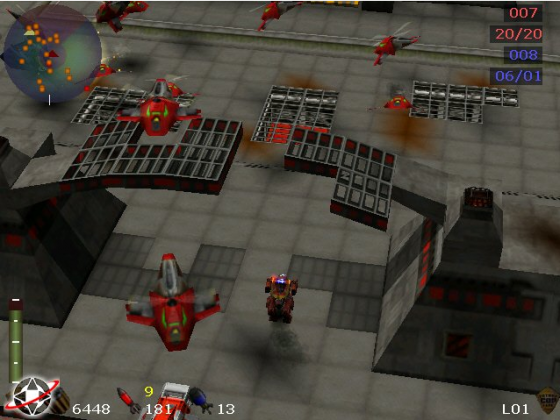 Person shooter gaming venture started with Unreal tournament in which the interface will be like as if you were traveling inside the game and taking down the fellow players/opponents in order to stand as the survivor at the end. This is best action game of those released on 1999 and it got a great response from the Mac users too. The player would carry some explosive weapons and demolishing plastic bombs which are all you will be using on the mission. (Go to Unreal tournament) 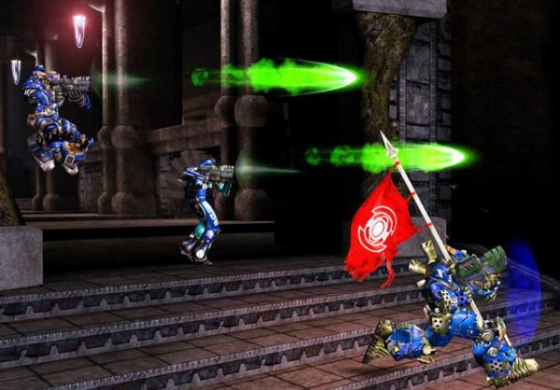 It is all about making some cool artwork on screen and traveling in a mission to take down the enemies. It is a multi-player shooting game. The player will be driving a space ship along the way through some mission and mean while the mission to reach Princess will be the major vision on the way. Throughout the mission you will be getting upgraded weapons and different spaceships as bonus for each successive levels. Even though you can’t find it normally you can get it after posting to this link. (Go to Battle Girl) 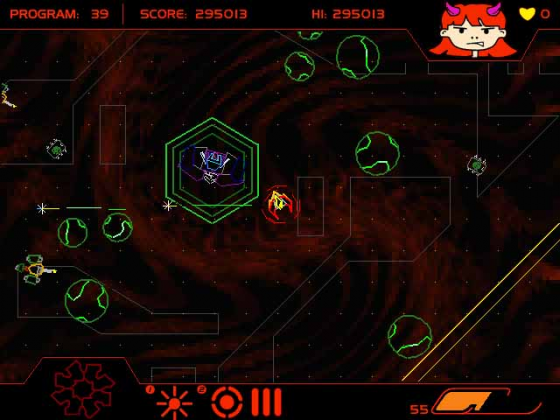 Mario is a best ever adventure game that everyone would have played it once. In that order Mario is simply a funny character which crosses the mazes, jumps higher and higher, escapes from some hosts, and travels along stages to reach the trapped princess. A big creature like dragon emitting missiles and arrows is the last level villain to be taken down. During early 20th century Mario is treated as the best stress buster. (Go to Mario) 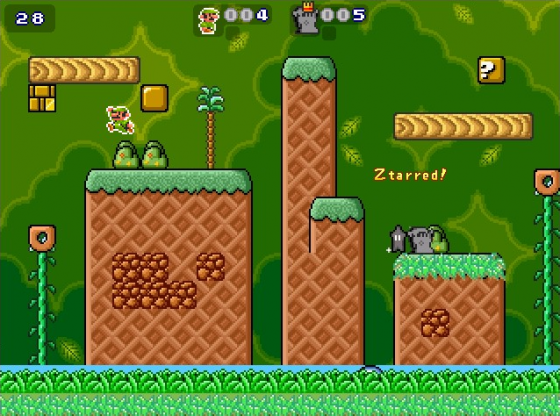 It came with a strong competent from PC gamers called DOOM. Mac gamers got this game at that time when PC lovers were blindly stuck with DOOM. Marathon is a simple strategy game with a action packed game play. The player can’t jump but can move exploring the mazes and aim sharply to take down the enemy forces. It is almost like exploring different mazes for medi-kit, bullets, primary lomo etc., (Go to Marathon Series) 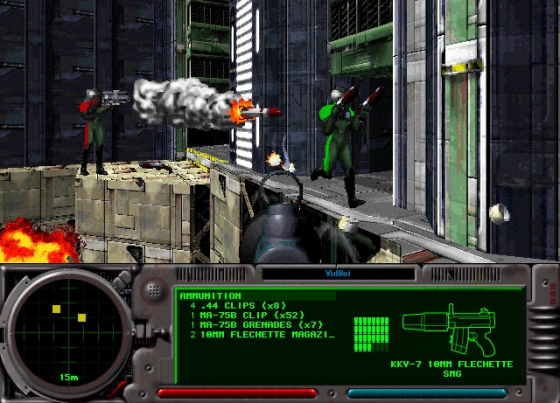 This is a simple witty game which is been released on 90’s and this game is purely an intellectual idea for playing this game. Its is all about matching the sequence generated by a robot and the mission is to break the code and make it on the next possible combination by the machine. (Go to ChipWits) 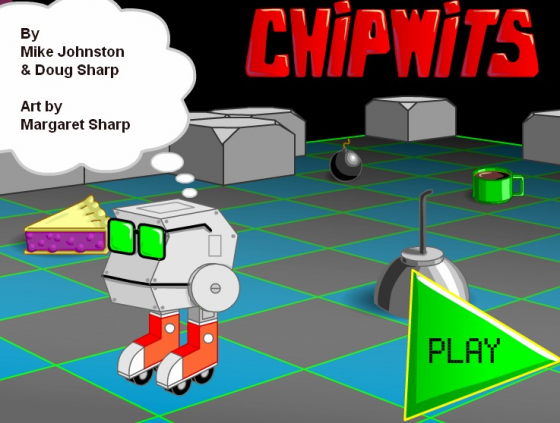 Have great fun in playing these excellent classic games. Do let us know if you know few more classic games for Mac OS X, via comment. Please do share this article with your friends and followers in Facebook, Twitter and Google+.