Firefox 9 stable version is ready to download now for PC, Linux and Mac OS platforms. Firefox team has also pushed version 10 to beta stage and people who are experimenting it from alpha found it pretty impressive and very well improved in terms of memory usage, speed and performance to compete with Google Chrome. The only main player in Browser war for Firefox is Google Chrome, the web browser that loads websites ultimately faster and light weight too. 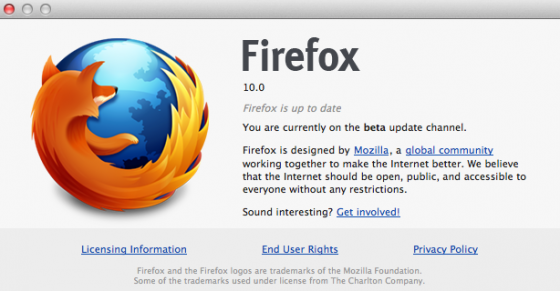 There is a new entry called Firefox 11 alpha version which you can download to test and report the bugs and feedback to improve it when its launched. Firefox updates were so quick in the past few months and its pretty exciting for many to see the Firefox 11 on the virtual shelves of download section at official website. Firefox 11 Download (alpha) for PC, Linux and Mac is currently available and you can download it from the official page.