We have a new Virtual Assistant for iPhone and Android today. After the arrival of SIRI, many new virtual assistants born and the developers are working hard to make them as the real competitor for the iPhone’s intelligent virtual assistant SIRI. There is no exact app that is very close to SIRI so far. EVI the new Artificial Intelligence assistant launched under beta for Android and iPhone, says itself that it is different from SIRI as it is not completely integrated to the Phone. Still the voice detection is pretty accurate for Indian accent as well. We have tested it and it worked really great with less errors and that too we believe, it is because of pronunciation errors that we made.

EVI Not an Alternative to SIRI

Currently the app comes through App Store for 0.99 USD which is reasonable. EVI right now focused mainly for Europe region and if you are from any other place, then finding restaurants and places may be bit difficult for it. This Artificial Intelligent Assistant is available for iPhone and Android smartphones. If you have an iPhone 4, or iPhone 3GS then you may try this cool app. Remember, EVI is not an alternative to SIRI on iPhone 4S. Here we have some interesting screen shots that we have got while discussing with EVI. 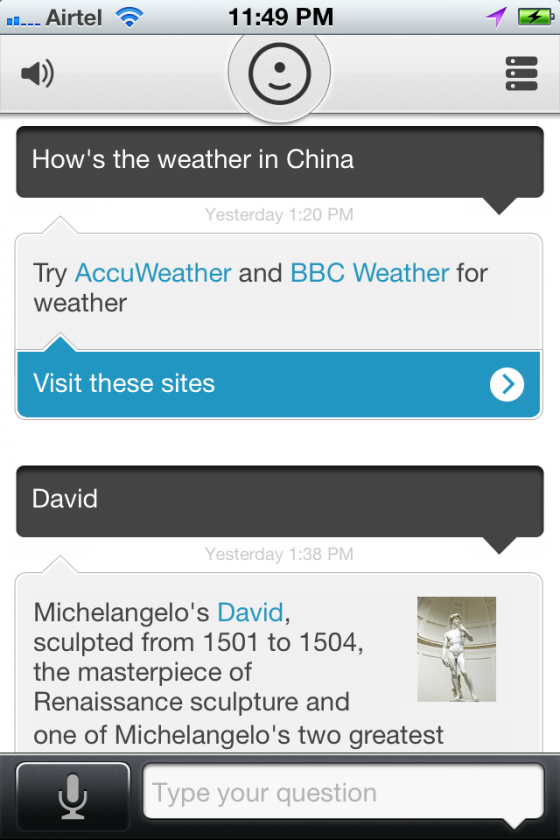 When we check up with the weather the response was a link to two weather websites as shown above. 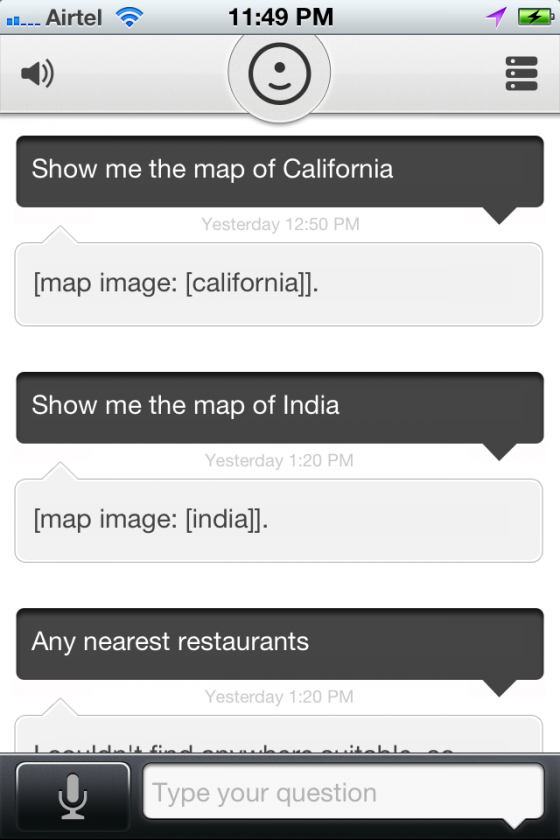 There must be a problem with the image fetching, as you can see we got two links when we asked for displaying the map for california and india. 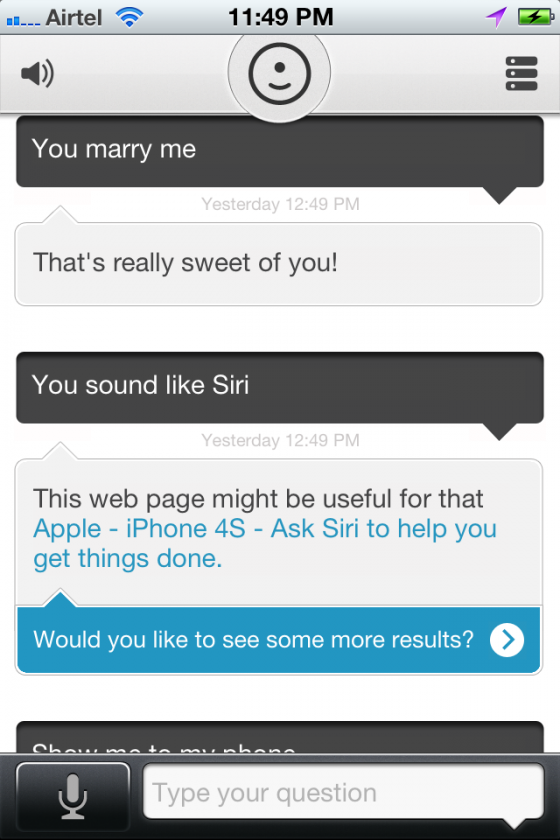 After a funny question, the next question was “Hey Evi, You Sound like SIRI“. and EVI replied with a link as many times SIRI does 🙂 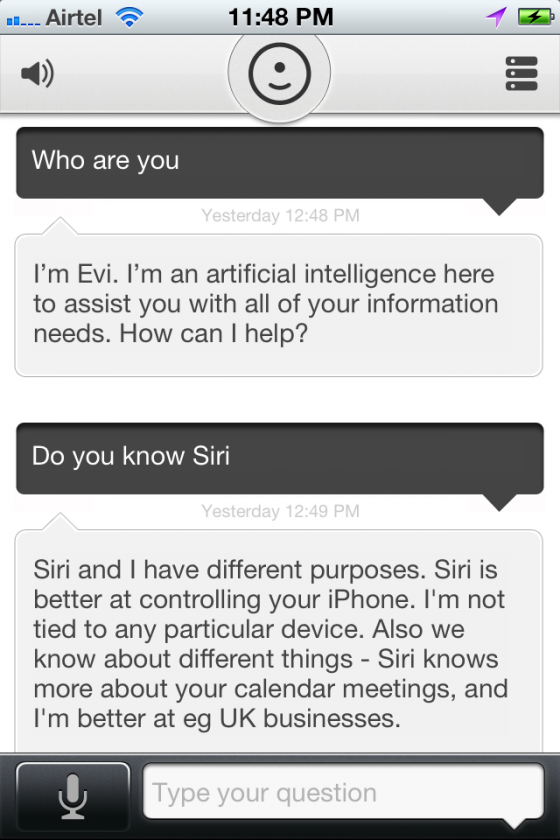 At this part, i am so much impressed with EVI as it admits that it came for different purpose while comparing with SIRI. 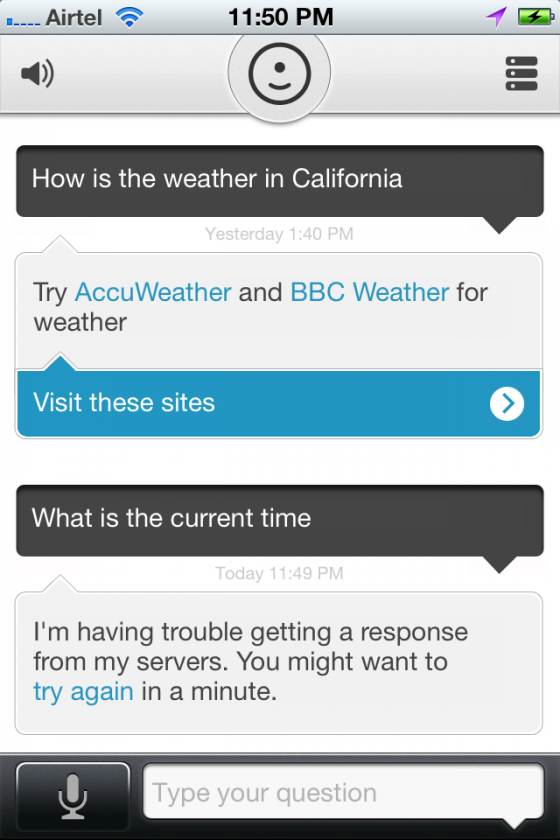 Last but not least, EVI had a down time and kept the question on hold. The beautiful thing with EVI is, if it cant reply your question right now, once the Server is back online, and you ask for another question, you get reply to your first question and then the second question also gets a reply. This is another great feature that should be highlighted when we talk about EVI the artificial intelligence assistant for iOS and Android.