I have been trying out the various games in Apple store for quite some time now. During this time I came across some remarkable games. So here are some of those games which I think deserve a mention. I have listed them in no particular order. Also, if you think that the games which come free are of less quality, then I am sure these will change your mind. 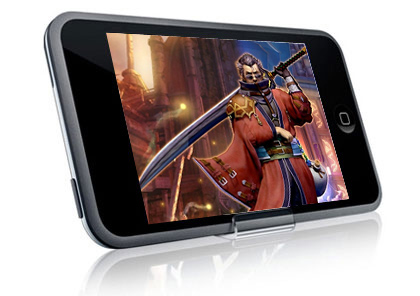 Finger Basketball
Use your finger to flick the basketball into the ring. A time limit of 180 seconds is given per game and you can post your scores on the INTERNET too. The sound effects, physics and ability to control the speed of toss are very good.

Bclassic Lite
This is one game which has stood the test of time. It has been called by many names and each version comes with some unique features. A block of bricks is presented which we will break by bouncing a ball off the pad. Timeless classic game revamped with many cool features and powers.

CannonGame
The Ipod version of Pocket Tanks. The addition is that you have a single player mode where you are given with some number of targets. Double player mode is also available. Destroy the targets or opposite tank by adjusting the angle, speed and press fire.

Cricket T20 Fever Lite
T20 cricket fever has caught up with a game made for that. Very similar to the traditional cricket we play on the desktop. Adjust the batsman position, control the shot and time the ball. A very good game for all cricket fans.

iChess Lite
Usually the chess which comes for hand held devices are easy to defeat. I had the same notion until I made my first move against it. Very aggressive, very competitive and very impressive. Apart from providing many levels of difficulty, it also lets you play online and gives puzzles to solve. Beware of the AI in this!

Hangman
The legendary word game which is available in every format and every platform is now available for IPod too. For those of you who don’t know the game, it presents you an environment to guess words from selected dictionaries in limited tries.

Paper Toss
Half my time in classroom is spent playing this game. A dustbin is kept and a paper ball is kept in front of you. A fan is kept on the side and the wind speed is mentioned. Try to toss the ball inside the dustbin. A boring game for other platforms but with the touch interface it is a very different experience.

Papi River
An old DOS game named worms revived for Ipod. A smiley face is to be guided through a river course by tilting the Ipod in the necessary direction. The sensitivity of the accelerometer deserves a special mention. You will notice it easily once you play it for the first time. Probably this is why rest of my classroom hours are spent on this!

Swing Cricket
No matter how advanced game making goes for cricket, stick cricket always has a huge number of fans. This is stick cricket for Ipod but with better graphics. You can see only the batsman and no other players. Hit the ball by swinging the bat using the touch interface. This game offers two modes to make things more interesting namely high score mode and challenge mode.

Ferrari GT Lite Version
Though a demo version with only one track and car, I wanted to include this here because of the impact it leaves on the players. Drive using the accelerometer and touch simultaneously. Great graphics and game play.

All these games work on IPhone and IPad as well. Do comment about your experience with these games and other amazing free games for IPod you have come across.