Facebook is one of the top Social Networking site across the world and it has 300 + million users. Many are addicted to social networking these days and the reflection is, you can find them online all the time. All the current and upcoming smart phones have Facebook, Twitter applications embedded in it for easy access by the mobile user. Twitter and Facebook are said to be one of the best communication tool in this era. However, there are some Positives and Negatives raising in other side.

The positives can be, Twitter and Facebook updates can spread a message from one to million users at a time – which is not possible by an email or other communication systems. We may also host a debate or feedback collection with our fans,friends and family members to get a better idea about a product or any. Programmers, Administrators, Politicians, the category list goes on and on.. when we try to see to who are all using social networking sites.

So what would be the negative ? Its all about TIME. The social networking addiction in corporate environment hits the productivity level of the whole unit or a person. So corporates are started add up a new rule of mentioning the Ban of Facebook, Twitter within their network. So many applications, games are created in these social networking sites every day. This is one of the main reason that users are getting addict to these sites. Online gaming is always fun and when it is limited it will be great too.

Moddr.net have developed an application named Web2.0 Suicide Machine to help the quitting from these Social networking sites. Currently they support limited Social Networks and they are Facebook, MySpace, LinkedIn, and Twitter. Orkut is missing from the list 😉 .

Liberate your newbie friends with a Web2.0 suicide! This machine lets you delete all your energy sucking social-networking profiles, kill your fake virtual friends, and completely do away with your Web2.0 alterego. The machine is just a metaphor for the website which moddr_ is hosting; the belly of the beast where the web2.0 suicide scripts are maintained. Our service currently runs with Facebook, Myspace, Twitter and LinkedIn! Commit NOW!

You can quit from these social networking sites just by entering your profile user names by selecting the appropriate network. In few minutes you will be in the list of Web2.0 Suiciders.,

The site also claims, this is a decent way to say good bye to all your friends from the social networking links… If you have tried this Suicide machine then leave a comment below when and why (if possible)… 😉

Recent update: Facebook have banned the ip address of suicidemachine to prevent users killing themselves (virtually). 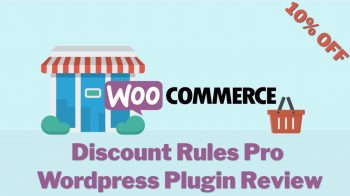