Most people don’t know how much radiation their phones emit when they use them. And for this purpose Israel-based developers of  Tawkon developed a

Radiation detection application that can show you how much of radiation is emitted by your mobile device when it tries to acquire the signal.  The application also provides you with Real-time Alerts and Personal Stats.  It also produces User-generated Radiation Zone Maps based on the usage. But how they predict the radiation level is unknown. This application for Android OS was released last year and if you can’t believe it and want to have a try here is the link.

With its success for Android the developers turned their interest towards iphone and they approached Apple. But Steve Jobs simply rejected the application saying “Not Interested“.

It is now said that there is some serious reason behind the blocking of the application for iphone. The Death grip issue is not for only iphone as you can see in the video it is tested with blackberry and samsung, they are also affected by this issue, so there is nothing to do only with Steve Jobs. If he felt that it would create bad impression for its users then why Android would have allowed it? But this is a much needed application for iphone, for the safety of its users. 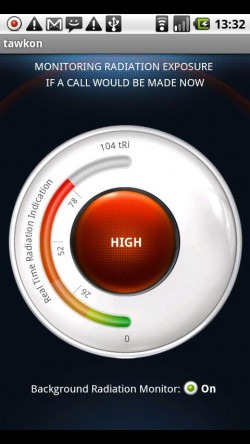 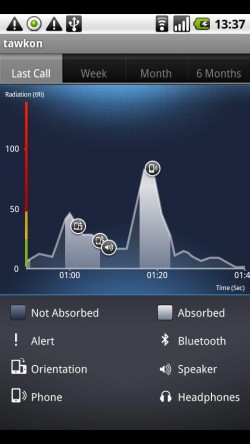