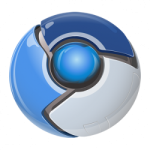 Google Chrome OS is an open source, lightweight operating system that will initially be targeted at net books. Later this year we will open-source its code, and netbooks running Google Chrome OS will be available for consumers in the second half of 2010. This was the announcement by google in 2009 when the development to bring a new operating system experience to the computer users initiated. Google made this announcement in the recent Computex 2010 Expo held at Taiwan.

Its a linux kernel based operating system which can be operated fully in its high speed, performance best Google Chrome browser. Yes, its a browser that allows you to access all the applications, internet resources and so on without any need for manual configurations. Google Chrome OS has so many expectations among open source enthusiast as it is the first cloud computing operating system.

How far the chromium OS is secure ?

You can expect more tutorials on the Google Chrome OS from this September. Do subscribe to the Free Newsletter subscription for getting updates.

Check out the Kaspersky 2010 Licenses Giveaway contest running this June 2010.