Home Blogging Twitter Counter Buttons and Remote For Your Blog

Twitter is one of the top site in social networking and micro blogging. Due to the simplicity and effectiveness, twitter gets a drastic growth within an year. More than 300 million users are using twitter (as per the user statistics released by twitter last week). Instant short message communication goes very crazy because of the twitter. This twitter have so many applications (third party) across the web.

I wrote a guest article in HellBoundBloggers, Top 15 Twitter Tools for Twitter Freaks to highlight some of the famous twitter tools we may use. The twitter counter is one of the third party tool that tracks and displays your twitter activity in your website or blog. Twitter badges also available similar to the feed burner badges, to display the number of followers you have. Look at the right side of this window to see a similar one.

This will help you very much in increasing your twitter followers by displaying the followers list in your blog. The widget can be completely customized to fit your blog theme and layout. 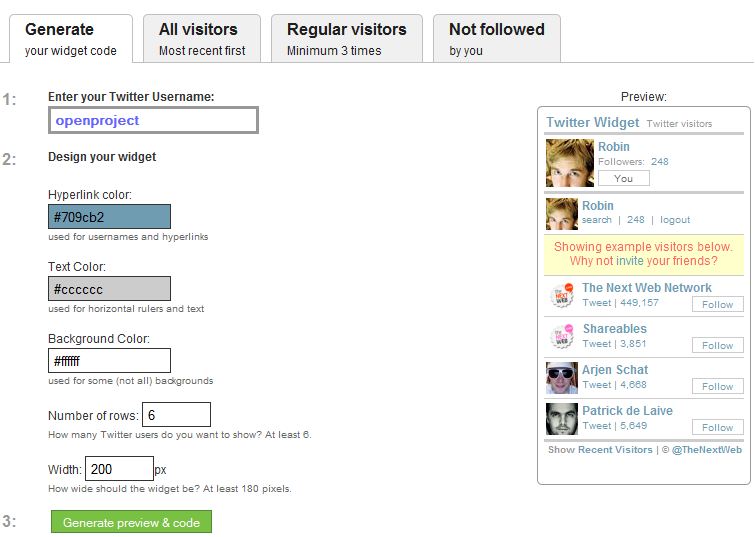 Try one for your blog and attract more twitter followers. Rather using plugins try to implement in manual coding method. That will reduce the number of plugins in use by the site and literally the blog loading speed increases. Have fun ! Happy Blogging !