Get ready to watch, Apple Watch release event live on your Big Television Screen, iPad, iPhone and Mac computers in few hours. It is that time of the Year, where Apple is about to come up with new products and upgrade to existing products (may be). Apple Watch is the most expected and new product lineup in Apple Store shelves this year, and many are curious to see how it really plays its part in the Wearable gadgets & fitness accessories category. 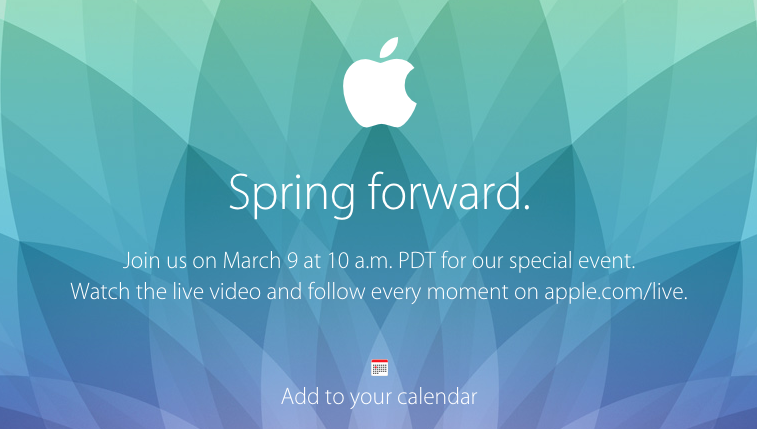 Apple is also expected to bring some upgrade announcements to its existing product categories, mainly to Macbook Air 2015 models and the very old Apple Thunderbolt Display. Before we jump into some discussion about the product upgrades, let me suggest you the ways to watch apple event live on Web and TV today.

If you have Apple TV connected to your Big Screen Television, turn on the devices now and you will see Spring Forward event icon which shows you today’s date and event starting time.

If you own any Apple products such as iPhone, iPod Touch, iPad, Mac computers, then you can launch safari web browser and type http://apple.com/live sharply at 10 a.m PDT to start watching the Apple Watch Live Event “Spring Forward” 2015. If you are from outside U.S, then do check out this web calendar link to know at what time exactly you can watch apple watch live event on any of the above setup we have recommended.

You can visit apple live website right now from your iPhone, iPad or Mac computer and select “Add to your Calendar” button on the page to remind you at the time of event. Also, make sure you are running Safari web browser 5.1.10 or later, OS X 10.6.8 or later and if you are using iOS device, then iOS 6.0 and later devices are supported to watch apple live event. Apple TV second generation and third generation are supported with Software version 6.2 or later.

So if you own Apple TV first generation, then you can watch the even from your iPhone, iPad or Mac.

If you are on the go and don’t have a Good Internet Speed or using Android, Windows Phone, you can still follow the live apple event from these live web blog sources.

Alright, lets talk about what are the expectations of Spring Forward Apple Event for the year 2015. This is the first event in this year and we all know that its an exclusive event for Apple Jewelry which is Apple Watch that made its debut in the fall of 2014 and apple also launched apple watch website to showcase the primary functions and features of Apple’s Smart Watch.

Apple Watch will come in three distinctive collections as Apple Watch, Apple Watch Sport and Apple Watch Edition. The initial demonstration of Apple Watch was impressive with its beautiful design, look, style choices, TAPTIC Engine, Heart Rate sensor, WiFi, GPS, Accelerometer and its Single Chip computer architecture. Everything sounded great until we came to know about its Battery life capacity which disappointed most of the Apple fans. Initially the battery life was 2.5 hours of regular usage, but in recent reports, people who have used Apple watch confirmed that it is giving more than 2.5 hours of battery life under regular usage, although it still requires you to charge by the end of the day. The watch takes 2 hours to fully charge.

There are also expectations surrounding this event where Apple will come up with some upgrade announcement about its Macbook Air which needs some true upgrades in Display and overall hardware part.

Also, there are several leaked macbook air 2015 model design changes and hardware changes we have posted some time ago, and there is a chance that apple may come up with some announcement about it by the end of today’s spring forward event.

There may be an announcement about Apple iPad Pro which again rumored for the past few months. Apple may stretch the iPad screen size little more to come up with a 12 inch iPad Pro which is also expected to have a USB connectivity as a game changer. Making data transfer easier will be an excellent choice for people to think about Apple iPad Pro if its released. Especially business users who consider Windows RT tablets for their office works. 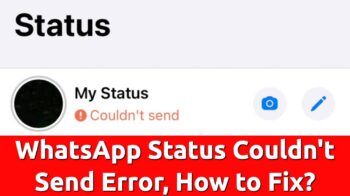 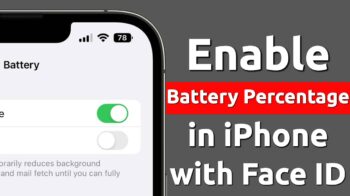 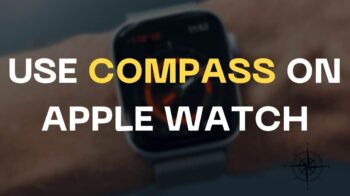 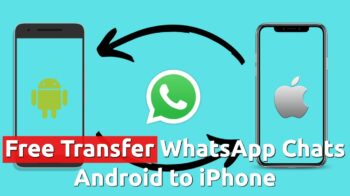