This may look like a bye to Android but yes, Motorola Mobility has just gone busy developing their new unnamed web based mobile operating system. A report of Information week said this and I am sure this new one is going to be a new big one as Android. The report also quotes “Deutsche Bank analyst Jonathan Goldberg, who said, I know they’re working on it. I think the company recognizes that they need to differentiate and they need options, just in case. Nobody wants to rely on a single supplier.” 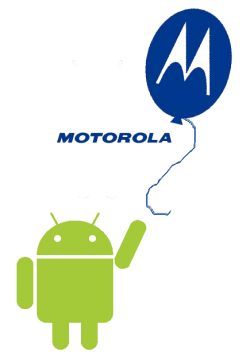 Some sources says Motorola has already hired engineers from Apple and Adobe for this new project and soon we can expect new mobile operating system from Motorola for its name. May be Motorola got bored with Android or they might have thought a new one could improve their business. But the thing is already Motorola is committed to android and do they need a new one? If they had thought of an alternative they would have gone for windows or any other popular mobile operating system, as HTC does, they are in business with both Android and Windows mobile.

Motorola android mobiles may be replaced with their new motorola mobile operating system. If the new one tend to succeed then there is a chance that Motorola may forget Android. Lets wait and watch.